As Pope Pius XIII hangs between life and death in a coma, charming and sophisticated moderate English aristocrat Sir John Brannox is placed on the papal throne and adopts the name John Paul III. A sequel series to “The Young Pope.”
Trailer 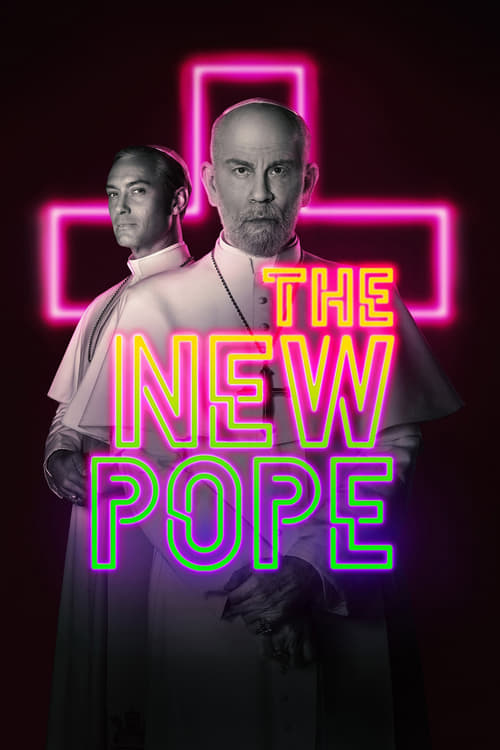 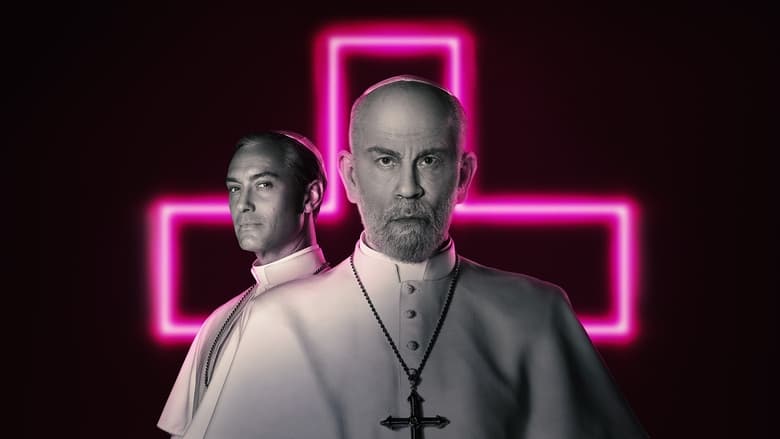 Lenny Belardo, the youngest and first American Pope in the history of the Church, must establish his new papacy and navigate the power struggles of the closed, secretive Vatican.

The story of Bill Henrickson and his life in suburban Salt Lake City, balancing the needs of his three wives -- Barb, Nicki and Margene-- their seven kids, three new houses and the opening of his newest hardware store. When disturbing news arrives about Bill's father, he is forced to reconnect with his polygamist parents who live on a fundamentalist compound in rural Utah.

Stories about people who get into problems who use the help of Virgin Mary and where a rose appears and their problems are solved.

A newly-elected Mennonite pastor, who is determined to rid his community of drug traffickers. But Noah's actions trigger an ultimatum from "Menno mob" leader Eli Voss.

Humans live in the world of Assiah, demons in Gehenna. The two dimensions are not meant to interfere with each other, but demons still possess creatures in Assiah in spite of this. The humans who can fight these demons are known as exorcists. Rin Okumura is a boy who bears the curse of being Satan's illegitimate son. His foster father sacrificed himself to save him from demons. To avenge his foster father's death as well as to prove himself, Rin decides to follow the path of an exorcist and defeat his own father, Satan. To hone his raw skills, Rin enters True Cross Academy to train with other exorcist candidates.

Set in a dystopian future, a woman is forced to live as a concubine under a fundamentalist theocratic dictatorship. A TV adaptation of Margaret Atwood's novel.

The unscrupulous world of the Greenleaf family and their sprawling Memphis megachurch, where scandalous secrets and lies are as numerous as the faithful. Born of the church, the Greenleaf family love and care for each other, but beneath the surface lies a den of iniquity—greed, adultery, sibling rivalry and conflicting values—that threatens to tear apart the very core of their faith that holds them together.

Set in a gothic fantasy world, this is the story of Teito Klein, an orphaned slave who became the top military academy student. However, an unexpected turn of events left him pursued by the forces of the Barsburg Empire. Now an escaping convict, Teito's sheltered by the church and its law of sanctuary. Here, he discovered many mysteries surrounding himself, the church, and the Empire itself. The fact that he might be connected to a dethroned king and the mystical stone of god, "The Eye of Mikhael", made him the target of the empire more than ever. Fortunately the church is under the mythical 7 Ghost protection. But who are the Ghosts really. Will Teito be free from the military's clutch, and what of his said mission to uncover the history. And who is the military's Chief-of-Staff Ayanami exactly. Teito's future seems to have spiraled into an unexpectedly perilous path.

A samurai lord has bartered away his newborn son's organs to forty-eight demons in exchange for dominance on the battlefield. Yet, the abandoned infant survives thanks to a medicine man who equips him with primitive prosthetics—lethal ones with which the wronged son will use to hunt down the multitude of demons to reclaim his body one piece at a time, before confronting his father. On his journeys the young hero encounters an orphan who claims to be the greatest thief in Japan.

A young priestess has formed her first adventuring party, but almost immediately they find themselves in distress. It's the Goblin Slayer who comes to their rescue—a man who's dedicated his life to the extermination of all goblins, by any means necessary. And when rumors of his feats begin to circulate, there's no telling who might come calling next...

Hiyori Iki is a normal middle school student until she was involved in a bus accident while trying to protect a stranger. This incident causes her soul to frequently slip out of her body, and she becomes aware of the existence of two parallel worlds. Through her soul, she meets the strange, nameless god without a shrine, Yato. Yato is determined to make a name for himself out there by accepting any wishes for 5 yen, including Hiyori's to fix her body.

Set in 15th century Italy at the height of the Renaissance, The Borgias chronicles the corrupt rise of patriarch Rodrigo Borgia to the papacy, where he proceeds to commit every sin in the book to amass and retain power, influence and enormous wealth for himself and his family.

Hatori Chise is only 16, but she has lost far more than most. With neither family nor hope, it seems all doors are closed to her. But, a chance encounter began to turn the rusted wheels of fate. In her darkest hour, a mysterious magus appears before Chitose, offering a chance she couldn't turn down. This magus who seems closer to demon than human, will he bring her the light she desperately seeks, or drown her in ever deeper shadows?

For over a century, the mysterious Hellsing Organization has been secretly protecting the British Empire from undead "freaks." When Sir Integra Hellsing succeeded as the head of the organization, she also inherited the ultimate weapon against these undead enemies, Alucard, a rogue vampire possessing mysterious and frightening powers.

You, Me and the Apocalypse

When the news is announced that a comet is on an unavoidable collision course with Earth, the most hilarious and unexpected chain of events imaginable is set in motion.

The Pillars of the Earth

A sweeping epic of good and evil, treachery and intrigue, violence and beauty, a sensuous, spirited story set against a backdrop of war, religious strife and power struggles in 12th Century England.

A retired FBI serial-profiler joins the mysterious Millennium Group, a team of underground ex-law enforcement experts dedicated to fighting against the ever-growing forces of evil and darkness in the world.

The story of a world-famous televangelist family with a history of deviance, greed and, yes, charitable work, all in the name of Jesus.

The Path explores the unknown and mysterious world of the cult-like Meyerist Movement in upstate New York. At the center of the movement lies Eddie, a conflicted husband; Sarah, his devoted wife; and Cal, an ambitious leader. We follow each as they contend with deep issues involving relationships, faith, and power.

Takes place during the Hundred Years War in France. Maria, a powerful young witch who cannot tolerate war, uses her powers to intervene and keep the factions at bay. Assisted by her succubus and incubus familiars, they are mostly successful until the Archangel Michael takes notice and decides to put a stop to her interference. He tells Maria that her powers will be stripped away if she loses her virginity, and also forbids her from using magic publicly. To ensure this, he posts the angel Ezekiel to watch over her.